WHAT IS FAMILY-BASED IMMIGRATION? 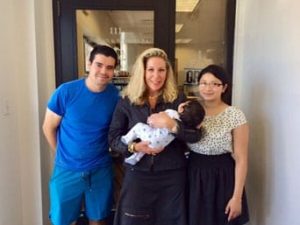 Who is eligible for a family visa?

There are only two groups who are eligible for family visas:

Note: U.S. citizens and LPRs cannot sponsor other family members such as grandparents, aunts, uncles, in-laws and cousins for immigration.

How many visas are available for sponsors’ extended family members?

A maximum of 480,000 each fiscal year. The total number of family preference visas cannot exceed 480,000, which was set by Congress in 1990. While there is no limitation on number of visas issued to immediate relatives, the number of those visas issued is subtracted from the 480,000 cap, and thus determines how many other relatives will be admitted to the U.S. each fiscal year.

What are the requirements for family visas?

Sponsor in the U.S., application, numerous screenings and background checks, interview, fee and medical examination. The sponsoring relative, who must be over the age of 18 (in some cases 21) and reside in the U.S., is first required to file a petition for his or her family member(s) with U.S. Citizenship and Immigration Services (USCIS). In this petition, they must prove the legitimacy of their relationship and that they meet income requirements. The sponsor must also submit a signed affidavit of support stating that he or she will be financially responsible for the applicant(s). Each prospective immigrant then undergoes extensive background and security checks, including criminal, national security, health-related and other screenings. USCIS also examines all the green card applications to determine the immigrant will not likely become a public charge who will need public assistance. After USCIS approves the petition, they send it to the National Visa Center (NVC), which directs the applicant to complete certain forms and submit appropriate documents and pay the fees. Once the NVC receives all the required documents, a U.S. Embassy or Consulate officer interviews the applicant to determine his or her eligibility. All applicants must also undergo a medical examination performed by an authorized physician and obtain certain vaccinations before the government will issue the visa.

How long does it take to get visas for eligible family members?

Years or even decades, based on an applicant’s relationship with his or her sponsor. While immediate relatives (spouses and minor children) generally receive their green cards soon after meeting all the criteria of the extensive visa process, the wait time for other family members may vary from years to even decades, based on their family preference category.

What is Adjustment of Status?

Adjustment of status is the process that you can use to apply for lawful permanent resident status (also known as a green card) when you are present in the U.S. This means that you can get a green card without returning to your home country to complete visa processing